his layout is primarily designed for switching operations 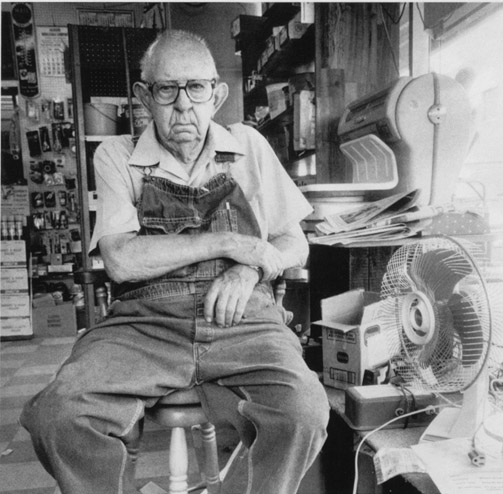 Charlie, trying to look enthusiastic, as some one is explaining the benefits of HO gage. 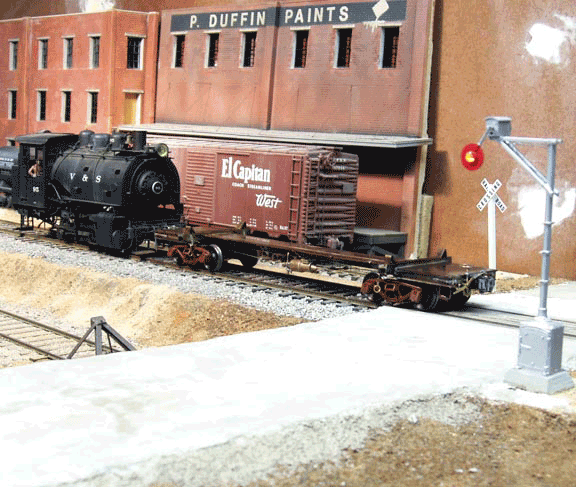 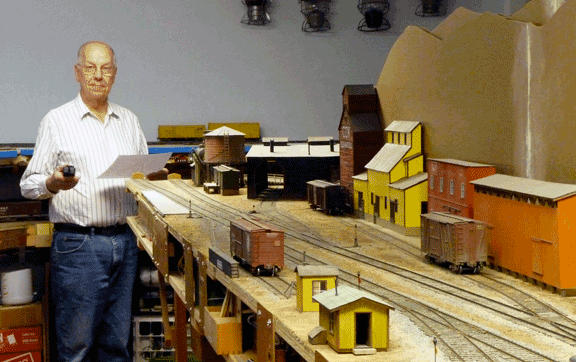 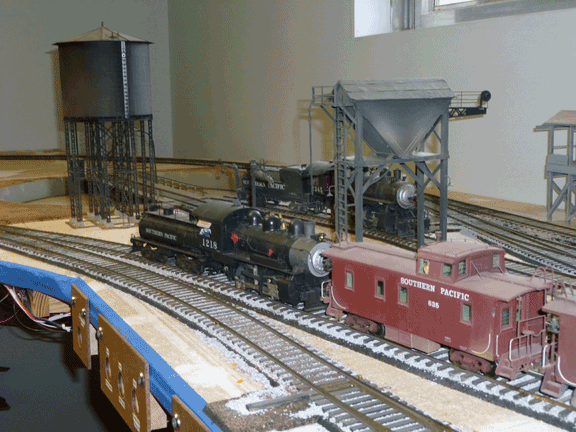 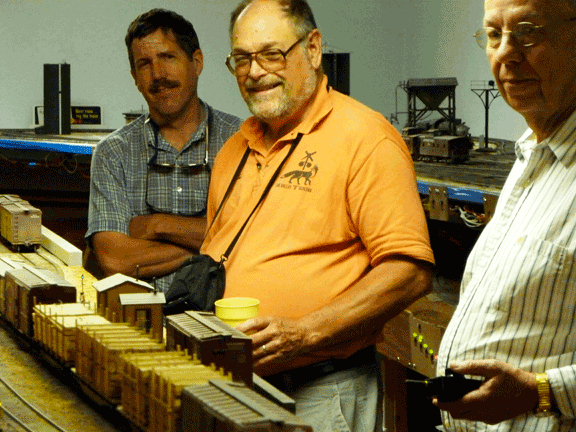 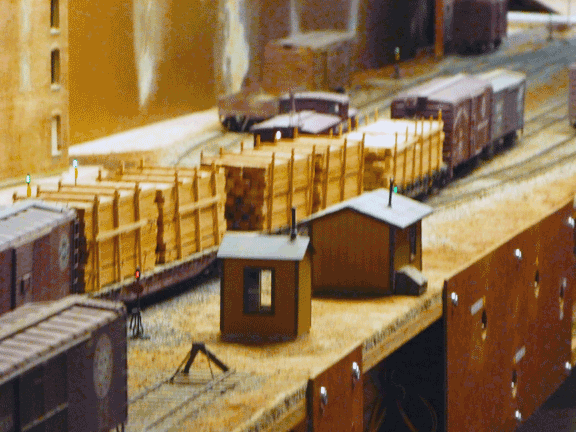 Switching and sipping at Independence 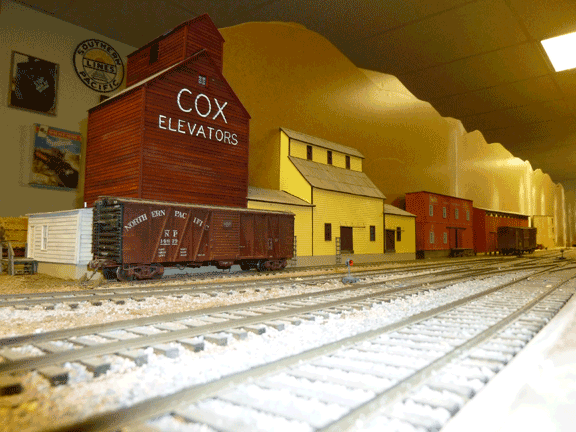 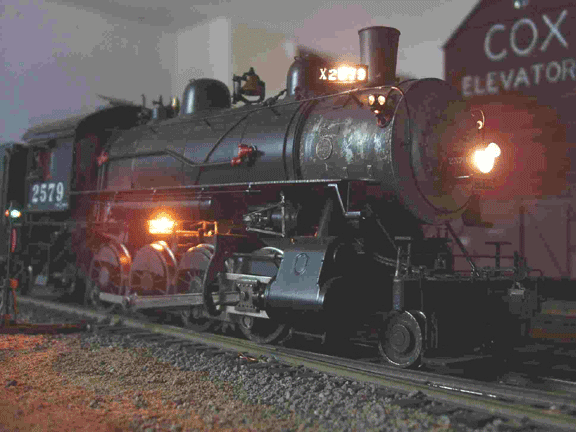 Charlie Likes to light up his engines! 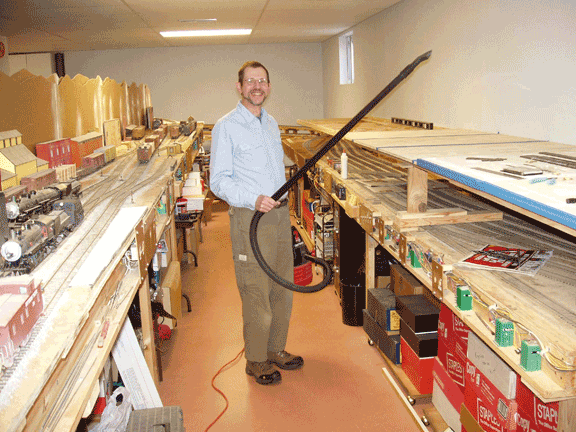 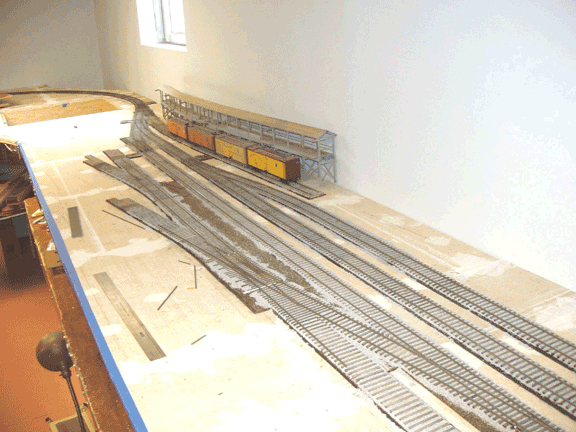 There is progress on the new upper level yard. This is the west end. 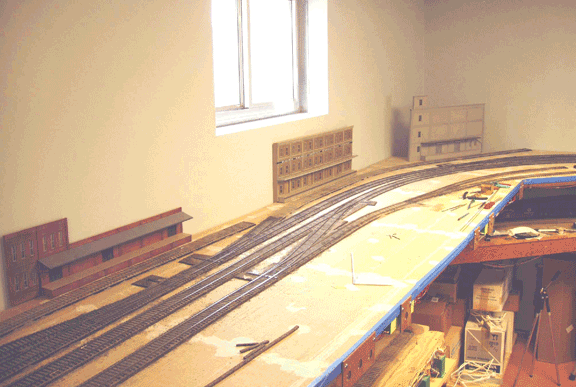 This is the east end.